Over the last twenty years, and in current values, the value of GDP has more than quadrupled. The most significant increase was recorded between 2005 and 2008 following a significant and sustained increase in production valued in hydrocarbons. The 2008 crisis reduced global demand and had its effects on net oil exporting countries such as Algeria. The same situation was recorded in 2014, which "plummeted" growth in Algeria. We notice a stagnation of growth at the end of the period. 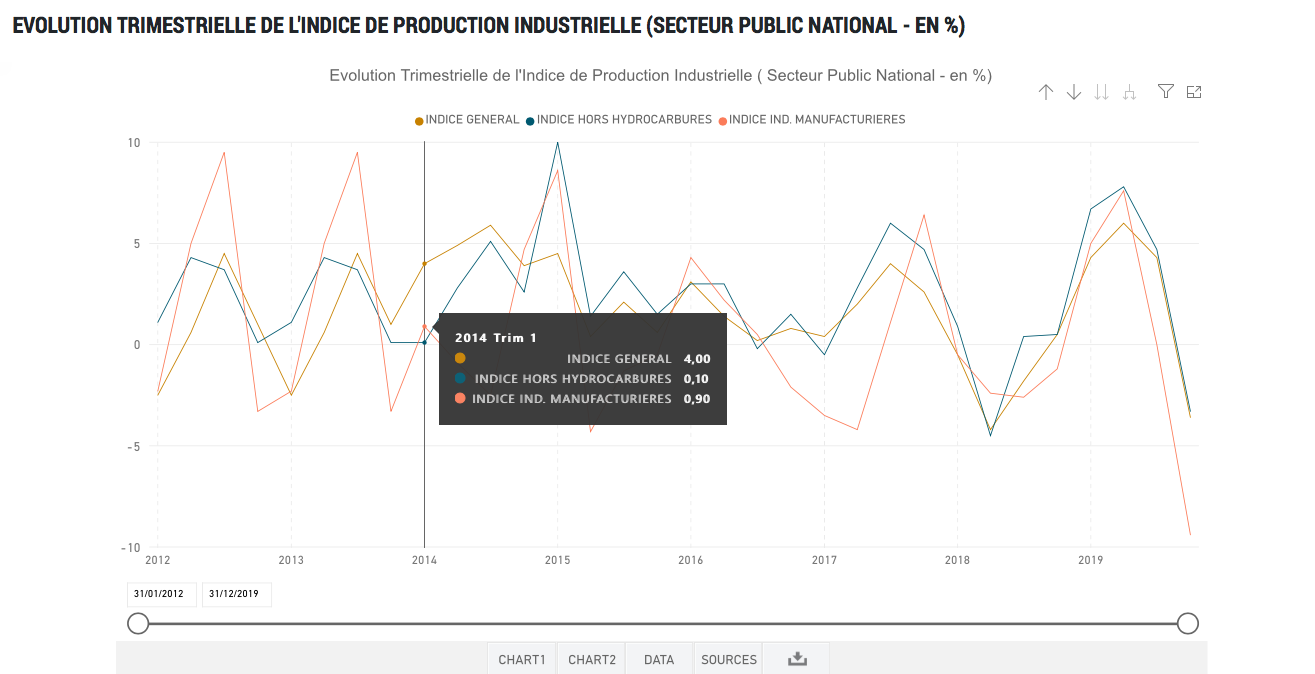 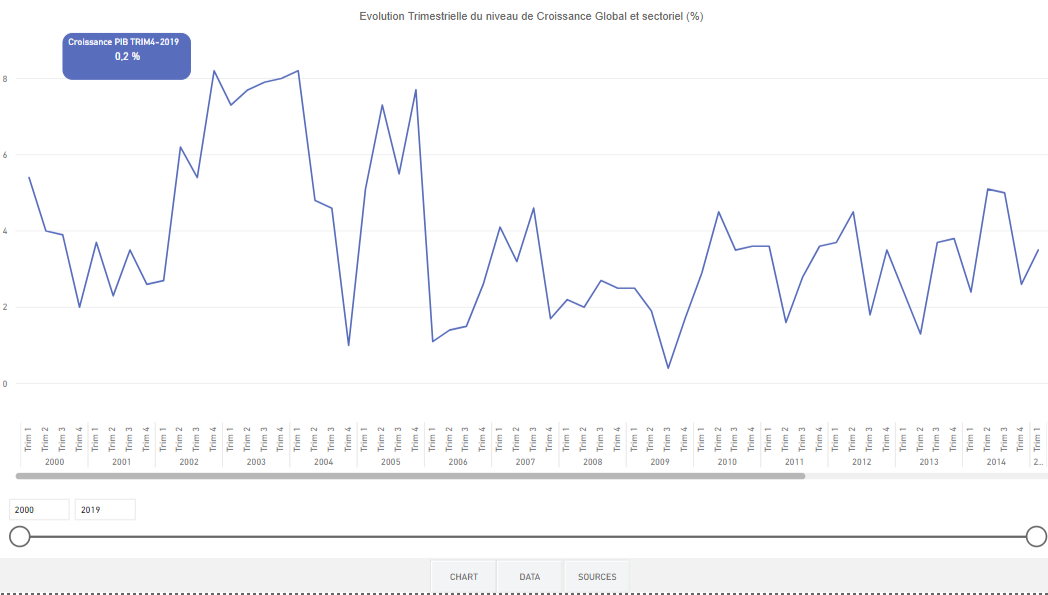 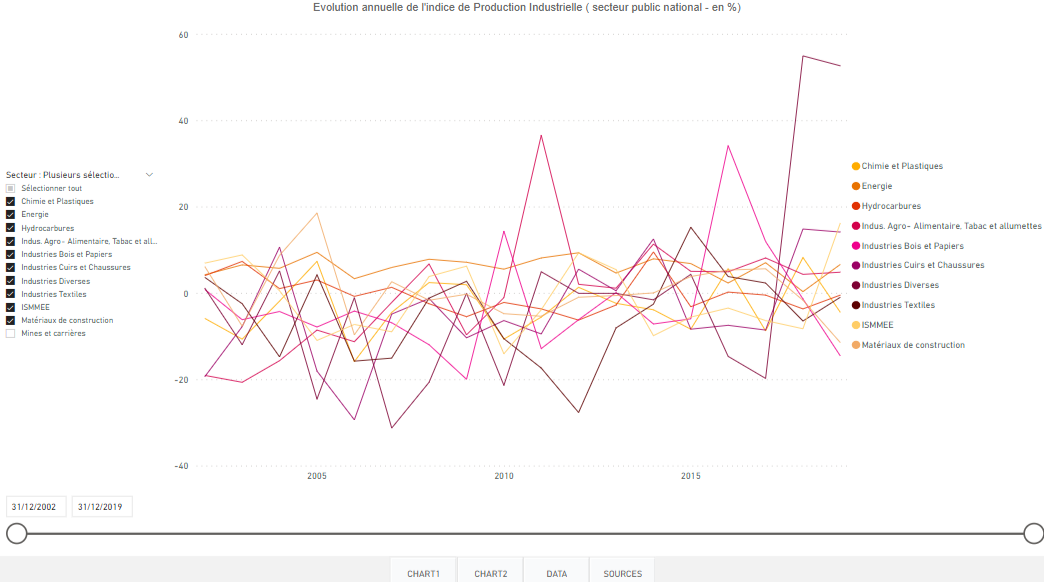 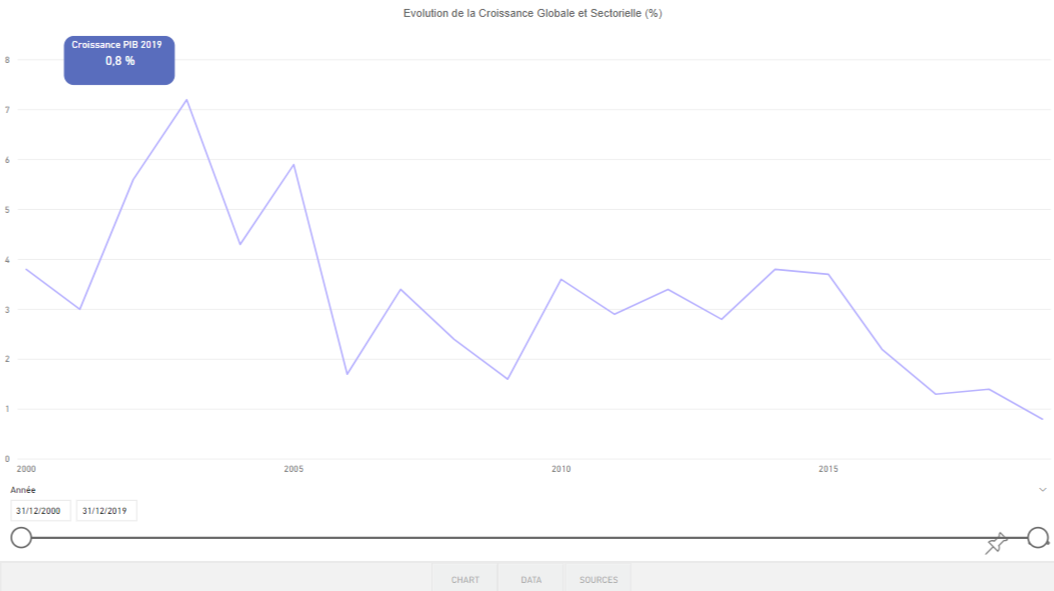 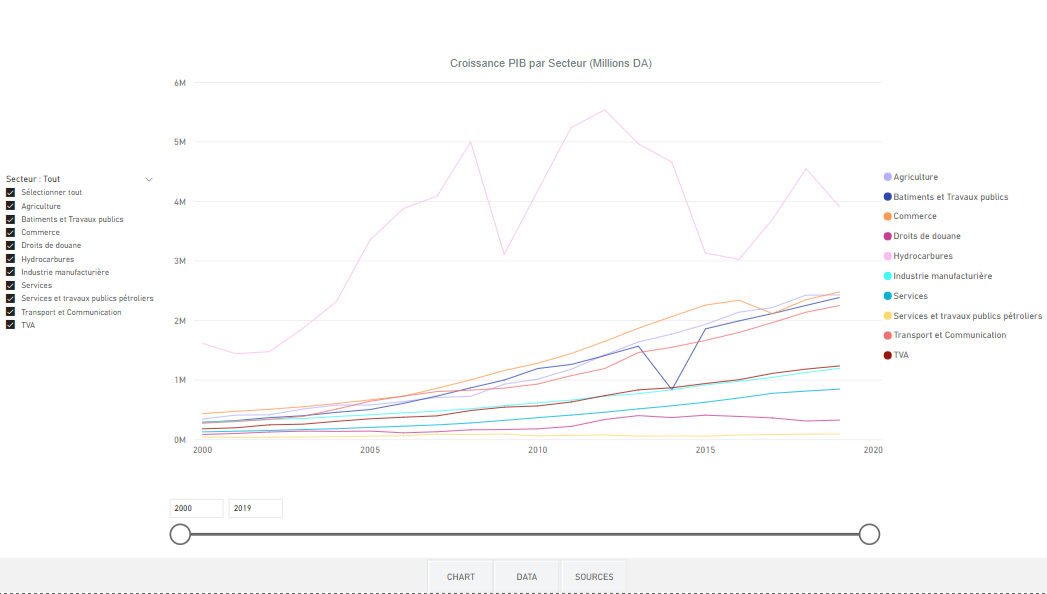 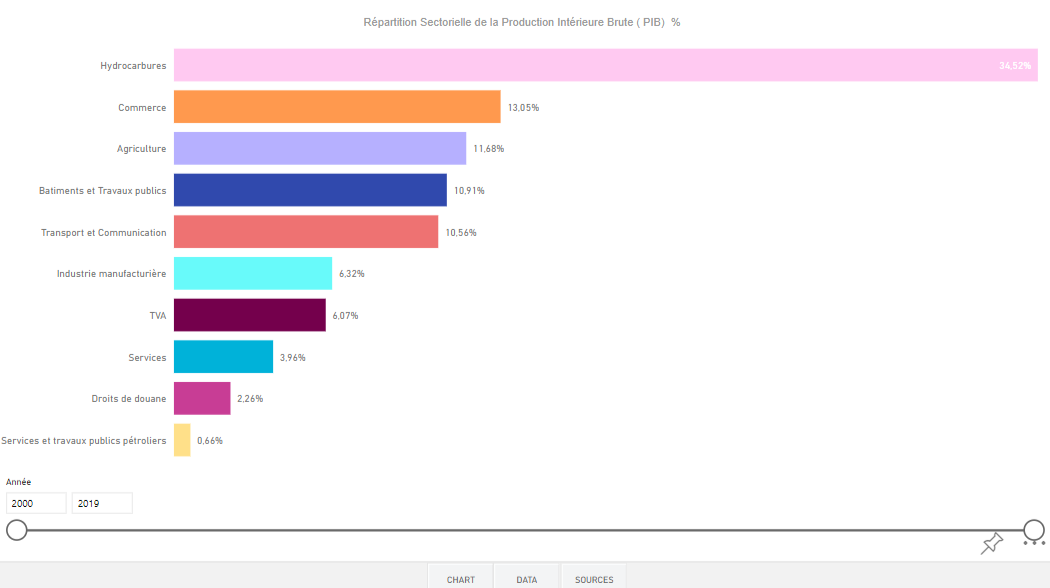 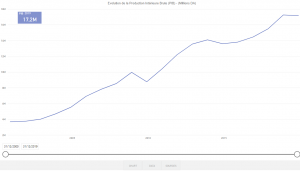